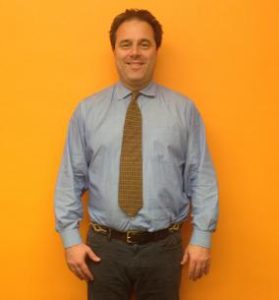 
Rob has worked at QEDC since 2011. His responsibilities include writing press releases and brochures, placing stories in media outlets, providing information to the public and news agencies, organizing and promoting events such as Queens Taste and Restaurant Week, and spearheading the Queens Tourism Council–because “It’s in Queens!”

A Brooklyn native, Rob fell in love with the diversity, people, restaurants and attractions in Queens almost instantly after moving to Woodside in 1991. He has worked as an editor/reporter for the Times Newsweekly and an English teacher. He also lived in Honduras as a Peace Corps volunteer.

Rob speaks fluent Spanish and loves to meet people. Get in touch at rmackay@queensny.org, follow #itsinqueens on Twitter, check out www.facebook.com/itsinqueens, or see pictures at https://instagram.com/itsinqueens/.